The popular annual Cosplay Convention returned to Plymouth at the Guildhall, where many sci-fi and comic fans embraced the occasion and dressed as there favourite characters as well. Some people even brought along converted vehicles which certainly livened up the streets of Plymouth and surrounding Devon countryside.

The term ‘Cosplay’ can be traced back to the 1930’s in North America, although back then it did not have this name, it was called Costuming. Back then participants did not mimic characters; they simply needed to dress appropriately for the genre. The first person to dress in costume was Forrest J. Ackerman, conventions then began to look like masquerade balls. The term Cosplay was created in 1984 by Japanese reporter Nobuyuki Takahashi, after attending a convention in Los Angeles, he coined it using the words Costume and Play.

Today Cosplay is a subculture in its own right, it is no longer restricted to Sci-Fi or Anime, but now includes Superheroes, Cartoon Charters, Video Game charters and particularly Star Wars is particularly popular.

The debate is that of a joke; adults dressing up to reliving their childhood or taking a persona of a character and for a day or a weekend being completely absorbed into a fantasy of being that character. Sounds like fun! But even if you disagree, the effect is overwhelming and the cost. We no longer cut holes into a bed sheet and say we are a ghost or put tea towels or our heads to be Joseph from the nativity play at Christmas.

On my visit to the convention in Plymouth; this was held in the Plymouth Guildhall on Saturday 7th March 2020. The day started at 10am where there was a good crowd of at least 40 people waiting to enter the Guildhall when the doors opened.  My visit was later in the day around lunchtime, which seemed quiet, which may explain why there were so many people walking around town in their costumes. What can I say that the day was interesting, looking at how much effort people of all ages put into costumes which just blew my mind away. I was able to photograph some people entering the building from outside and yes that Batman vehicle looked amazing and what fun I had finding a background to place to make the image look and feel part of the film. My photography was compositing more than one photograph together. I am new to this form of Photoshop work.

The event was a combination of Sci-Fi, Film, Toy and Comic Fair, but was certainly more of a Cosplay event. There were appearances from big screen actors, David Bradley, Hugh Spight and comic writer Patrick Goddard who gave lectures and autograph sessions. There were opportunities to learn table top gaming from beginners through to advanced players. With over 100 stores all selling goods from, Comics, jewellery, Clothing and Homewares enabling people to purchase accessories for their costumes.

Like Cosplay, Compositing can be traced back long before digital manipulation came into being, pre-digital compositing techniques were in use back in the 19th century  by George Melies. But the basic to Compositing involves replacing parts of an image with other material from other sources often to create the illusion that all those elements are parts of the same scene. With the advances in digital technologies.

Compositing is now more popular and also used in everyday television coverage, where a presenter will sit in front of a Blue or Green screen with technology able to place an image or motion video behind them, giving the impression the background is real or allowing greater presentation of the story. Compositing in now used in most visual effects in films, allowing great dramatic effects and saving costs on setting building.

We can look at the Star Wars films, in the early days before digital technologies were around a lot of imagery was created by photographing miniature figures which in turn was placed in front of images or projected imagery. 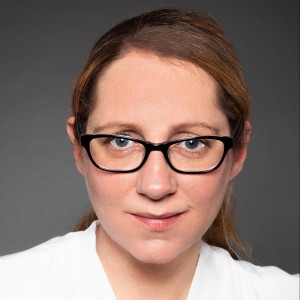 Published in this month Bulliver Magazine

Pro-Story Photographer, Gareth Harrison has had a selection of his images published in this month’s Bulliver magazine, which is the members magazine for the South

During my time in lock-down I have been extremely busy with designing, learning new skills like teaching myself Adobe illustrator for re-branding my business card.

Published in this month Bulliver Magazine

Back to
Login
×
Close Panel